In honour of Black History Month, the Camp Tournesol/Brouillet Academy librarian has put together a list of French books for kids that can help you and your children learn more about Black history and the trials and tribulations of Black people in North America. While it may be a sensitive and serious subject, it is an important one that everyone must learn about and come to understand, and one that should be discussed and studied for all twelve months of the year, not just February.

The five carefully selected French books for kids we’ve listed below will help your child start with a proper and solid foundation in their education on Black history. And while they’re filling their brains with good and important ideas, they’ll also be practicing their French! Practicing your French is important in these tough times with limited schooling and interactions. With these five books, your child can keep up with their French Immersion schooling while also learning about important people in the fight for equality and ideas concerning race and intolerance in our society. 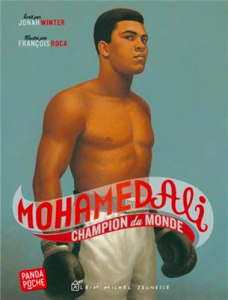 Originally named Cassius Clay, the greatest boxer of all time changed his name once he joined Islam, and thereafter refused to fight in America’s illegal war in Vietnam in solidarity with struggling peoples of colour around the world. He was suspended from doing what he loved for several prime years of his career before he returned to the ring and was once more triumphant. His is a story of Black excellence and perseverance. He was known around the world not only as a boxer, but also a fighter for social justice, a poet, a humanitarian, and most importantly a shining example of the rare person who truly put it all on the line for what they believed in. 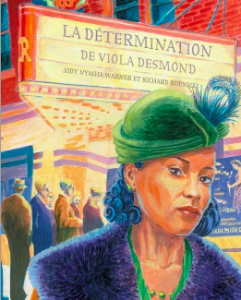 Viola Desmond is not nearly as well-known as Muhammad Ali, but she was a crucially important person in the fight for Black civil rights in Canada. After refusing to leave a whites-only section of a movie theatre in Nova Scotia in 1946, Desmond began a humanitarian fight that led to the start of Canada’s civil rights movement. She is an inspiration to women and Black people everywhere and is now honoured on Canada’s ten-dollar bill. A French book for kids celebrating a strong, Canadian Black woman? Sign us up! 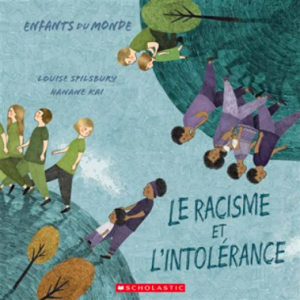 This illustrated book is a lovely addition to anyone’s library of French books for kids. It doesn’t deal in specific events and people but instead introduces and discusses important ideas about racism, intolerance, prejudice, and discrimination in a way that a child can understand and appreciate while also allowing them to hone their French skills. Reading this type of book can also boost your child’s French vocabulary and help them build an ability to be a critical thinker and consider ideas more fluidly in French. 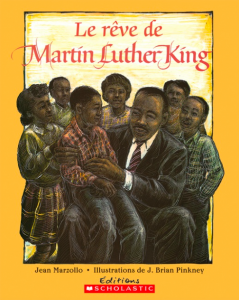 One of the most iconic warriors in Black America’s fight against racism, Martin Luther King is someone everyone, including kids, should be aware of. Not only was he a principled man that fought for what he believed in, but he was also one of the most gifted orators of his time. His ‘I Have A Dream’ speech is one of the most well-known in North America, and is the main reason that he is famous to the general public today, but he did so much more for the cause. Some of those highlights are outlined in this French book for kids by Jean Marzollo. The book also leaves the explanation of MLK’s passing up to the parents or teacher’s discretion.

The fifth and final entry on our list of top French books for kids for Black History Month is a cute and colorful picture book geared towards a much younger demographic. This is the story of Kenyan activist Wangari Maathai, who in 2004 became the first African woman to win the Nobel Peace Prize. Maathai founded the Green Belt Movement in 1977, which is a grassroots, environmental, non-governmental organization that continues to do its good work in planting trees (over 51 million planted in Kenya), conserving the environment, and fighting for Women’s Rights in Kenya to this day.